What To Do With Your Wedding Ring After Divorce?

The marriage is over and you still have your ring. What do you do? On the one hand, it represents all the hopes and dreams that you shared together. At the same time, it represents the pain and frustration of a broken promise and divorce.

Parts of the dream may still live for you, especially if you have children together. Read on as we explore some creative solutions to this divorce dilemma.

Wedding rings are more than just shaped gold that perhaps have some gemstones. They have greater value than the materials themselves. The wedding ring represents the bond made with the exchange of vows.

The ring represents the promises you made to one another, as well as to yourself. It is a constant reminder of the hopes and dreams you shared together, as well as the shattering of many of those dreams.

Now it represents the pain of the ending of your marriage.

The ring can represent unfaithfulness. It certainly has become a symbol of the breaking of the marriage promise by one or both of you. It is a constant reminder of a major decision that feels like a mistake.

Of course, there are no real mistakes, only learning opportunities. If the marriage produced children, there is no way you would ever say that those children were a mistake, would you?

Some folks wear their ring after the divorce allowing themselves to mourn the loss of the relationship.

Mourning is an important part of processing loss and very distinct from grieving. While grief may go on for years, mourning is a predetermined time frame in which you can process the pain and loss. This process frees up energy and attention for life in the long run.

Others wear it until the end of the divorce only, as a statement of their commitment to their marriage vows even in the face of a process they do not fully agree with. One woman shares her perspective on this with another twist:

“I believe in the sanctity of marriage and wore my ring throughout the divorce process both to make a statement that I did not want the divorce. Also, I’m sure it made him and that whore of his angry”

Most women put the ring away in a jewelry box as a reminder of what was. For husbands who leave their wives for another, removing their ring shows that the marriage had no meaning for them in the first place.

Here are some typical ways people manage their rings post-divorce:

The strength of these approaches is there is a definite letting go that occurs once the ring is put away, thrown away, and/or disposed of in some fashion.

It is done. Time to move on.

The downside is that we are also throwing away our dreams. They may no longer be with our former partner. That does not mean the dream was bad. Part of mourning is honoring the bad and the good. 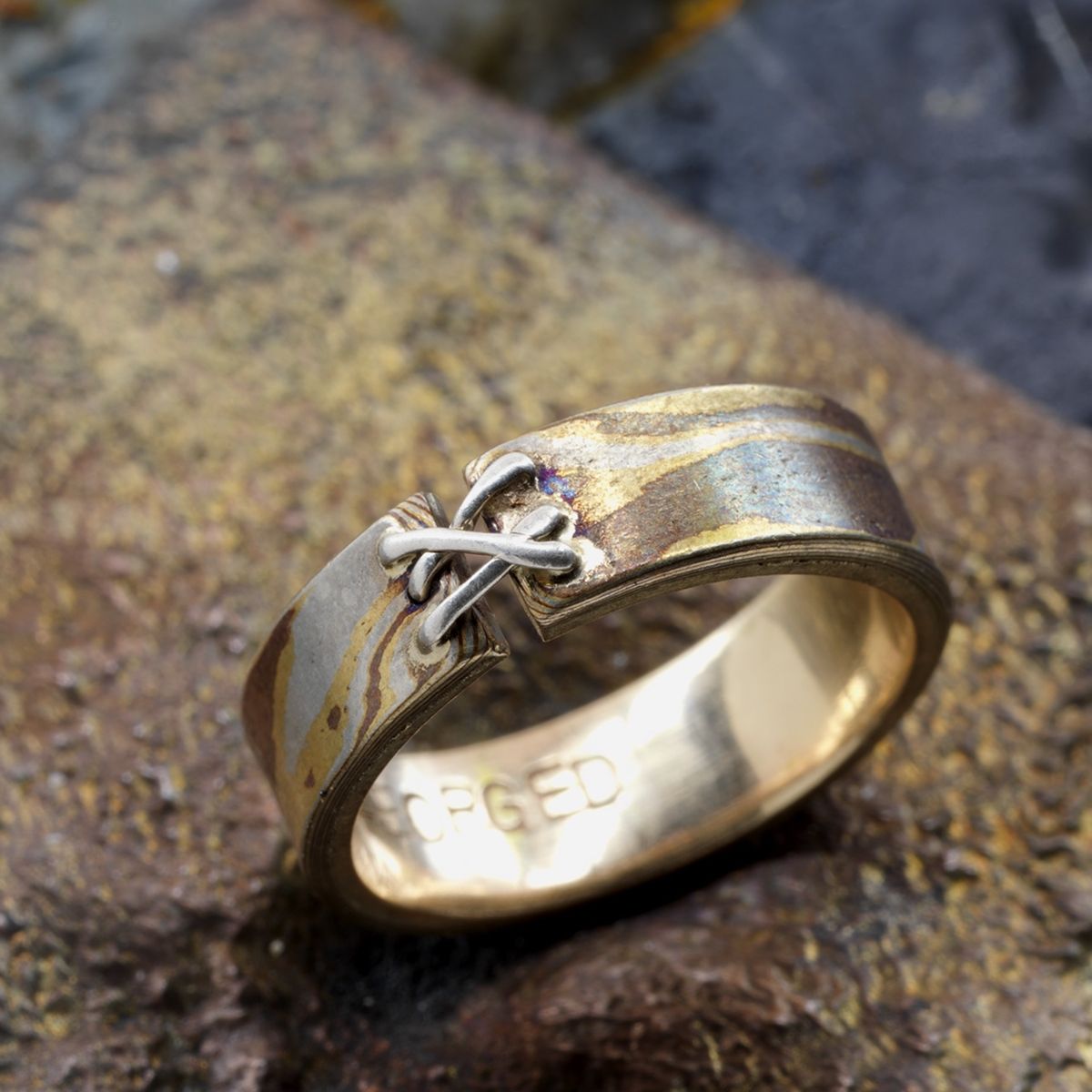 How do we solve this dilemma? How do we release the bad while keeping the good? What do we do with our wedding rings after divorce?

Some folks take their rings and transform them into something else. They are, in essence, taking ownership of the good and the bad when they do this and allowing themselves to honor what was good while releasing what was bad in transforming the object that most represents what was broken.

Here are some creative ways of transforming the wedding ring into something new:

We are looking for closure. Remember, the purpose of mourning is to remember what was good and honor it, release the pain of the loss, and move on to a new future.

When deciding what to do with your wedding ring after divorce, it is not about the object at all, but about you. So remember, keep your focus on where you are going!

Copyright Greenturtlelab. All rights reserved.
We use cookies on our website to give you the most relevant experience by remembering your preferences and repeat visits. By clicking “Accept All”, you consent to the use of ALL the cookies. However, you may visit "Cookie Settings" to provide a controlled consent.
Cookie SettingsAccept All
Manage consent