Are You A Conflict Initiator or Avoider? 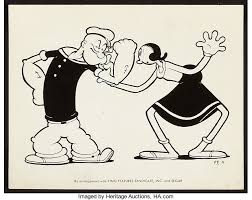 Some people call them aggressive and passive-aggressive. Another description might be Conflict Initiator or conflict avoider. It is not unlikely that rather than being clear cut, that you and your spouse initiate conflict in different areas shifting avoider/initiator roles depending on how strong one or both of you feel in an area of contention.

Make no mistake, this is another holding pattern for relationships and as such will eventually lead to the relationship running out fuel and crashing.

Your spouse wonders why you always seem to be picking a fight (even though you don’t feel like you are creating fights)? Chances are you’re an initiator. You think your spouse is afraid of the tough conversations and take pride in the fact that your not. You choose to bring up sore spots rather than dwell on them.

This applied to your spouse carries over to your in-laws as well. You address any perceived inequity head-on rather than letting it simmer. Occasionally your temper may get the better of you, but you are willing to apologize after the fact. Truthfully you wish others, especially your spouse were more like you in this regard.

On the less helpful side, as an initiator, when you get really annoyed, you can be nit-picky. Your anger can flare up in unforeseen ways. You get that you may be overreacting. Regardless, you feel justified in being aggressive. You are so tired of being ignored on important issues. Issues that need to be resolved! You tend to rehash past hurts when really fired up.

If you’re a conflict avoider, you are more likely to allow time to heal wounds rather than risk opening up an already painful episode again. Because your spouse prefers to debate (and blame), you know they won’t really hear you. As a result, you only engage in direct confrontation when severely agitated. Those discussions are exhausting and leave you feeling worse than if you just leave it alone.

When you speak out on what is bothering you, your spouse just confirms your previous experience proving your belief that it’s just not worth it. When they bring up something that they are upset about, it’s usually in the form of a demand that is totally exasperating and there is no real solution for. Even if you agree, they find a way to criticize you saying you’re not trying or not trying hard enough. This confirms your belief that engaging in conflict with them just makes things worse. So when conflict arises, you fold and bow out easily since you know it’s going nowhere good.

When your most exasperated, you will avoid being home, avoid your spouse’s calls, emails, texts. You probably have years of built-up frustration and anger and yearn for a safe way to release it.

If your experiencing either, or both of these sets of feelings, your relationship is crying out for a communication breakthrough. No matter which side of this experience you are hanging out in, what you know for sure is that once the dynamic starts, once you engage in a conflict, it’s going to end the same way it always does. With no resolution to the conflict. Neither of you feeling heard. With the certainty that the same conflict will repeat over and over. Whether it’s about money, or the capo being off of the toothpaste, it’s always going to go to the same place.

The good news is that recognizing this, you know what is NOT working and there is an opportunity to change the dialogue. All you need are the right eyes and ears to help you both shift the conversation so that you truly begin to hear one another. Consider calling a marital mediator. Want to learn where the little are that need to happen to shift the dynamic? Find a marital mediator.